Use your Dry Erase Cards as the center of a fun picture guessing game. Organize yourselves to sit in a circle with your Dry Erase Cards, Eraser and Pen in the middle. Now, taking it in turns you may pick up a blank card each. On the blank card you should write a word of something for the person to your left to draw then pass it to them making sure that nobody else sees. Now, they can erase what you have wrote it (or use the other side) to try and draw what you wrote. It is up to the rest of the players to guess what the word was!

When a player correctly guesses what was drawn on the Dry Erase Card they win that card and keep it with them. If nobody guesses in an appropriate amount of time then then the rest of the group can decide if it was the person who draw the picture deserves a penalty or the person who thought of the word (being too hard). The penalty will be to lose a card they have collected if they have any. 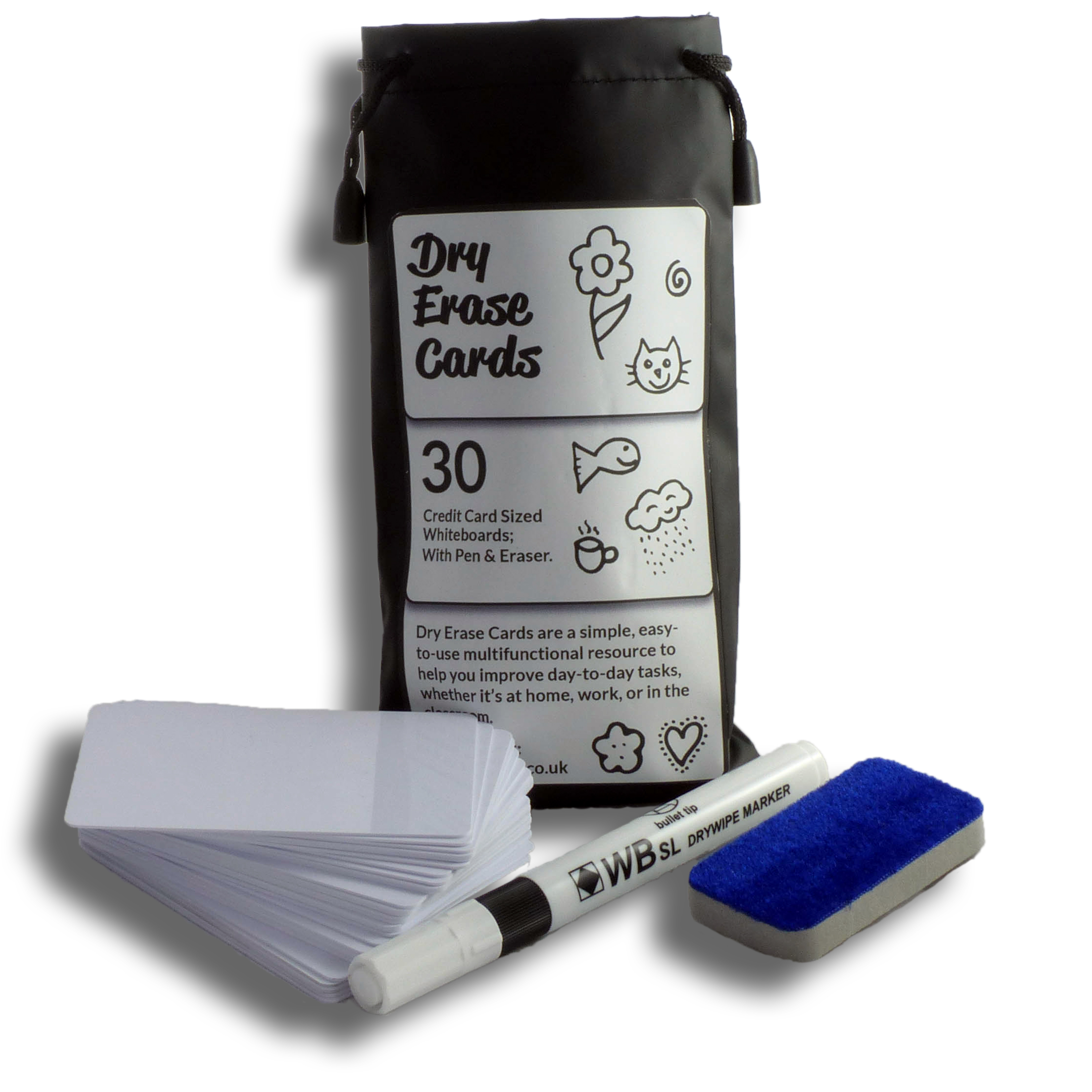 
Dry erase cards are a simple, easy-to-use multifunctional resource to help you improve your day-to-day living, whether it’s at home, work, or in the classroom.